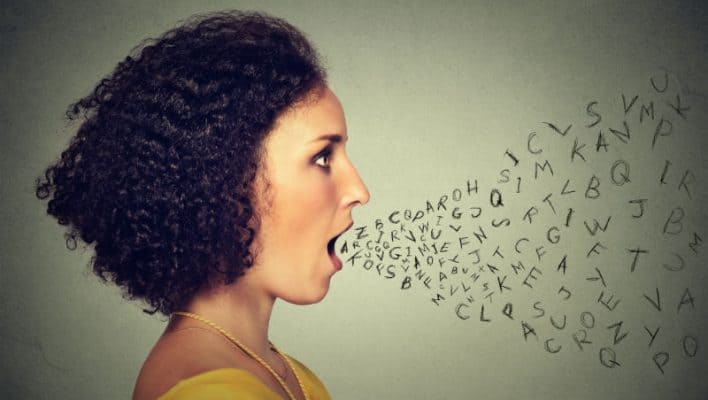 I don’t know about you, but one of the things I really struggle with as I am learning a foreign language is the accent. I want to try to sound as natural and “unaccented” as possible. However, as I learn to pronounce the words, something deep in me resists changing the way I talk in order to lose my accent!

I haven’t worked out why this is yet… I think part of it is that, as an Australian, we are quite “lazy” in our speech – by which I mean to speak with an Australian accent is to not really move our mouths a lot.  We drop a lot of word endings, don’t pronounce our “r”‘s, under emphasise many of our vowels.  And so, as I pronounce foreign words I have to not only work on remembering the words and remembering the basic pronunciation, but also actually trying to produce vowels in the words – which means my lips and mouth have to move in ways that feel very exaggerated, much like I would if I was putting on a “Queen’s English” accent. It takes a lot more work in the lips, and feels extremely pretentious.

I have a real “thing” about acting as something I am not. I have always detested drama, acting in plays and skits, even at fun family events.

And yet, if I want to sound at all like a local, and not like a slack Australian adding my Strine drawl on everything, learning to move my mouth more just has to happen.

The other day I happened across a YouTube video (which I wanted to link to, but do you think I can find it again?) that suggested that to speak in a particular accent, if you speak in the same way you would if you were “pretending” to be a person of that language. In the video, she was actually demonstrating a French accent, much like we would if we were putting it on… and then she added the French vocab. Instantly she sounded so native in her pronunciation, and I realised it is because the accent and the “Frenchness” is actually all one thing.

In the past I have heard of Polyglots referring to “personae” they use, a sort of different personality for each language, which at the time I thought was weird. But considering what this second video was suggesting, I can see what they mean. And I can feel how it immediately causes my accent to be much more accurate.

I get an opportunity to try this out next week, as I am having my first lesson with a French native speaker who lives nearby – I’m sure it will be interesting!